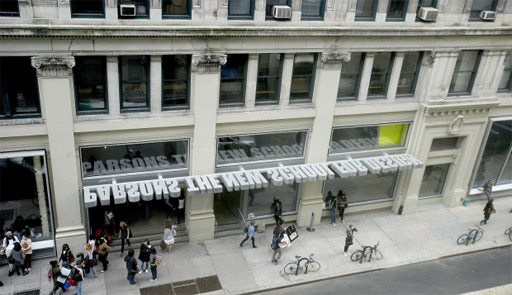 Parsons is a bit of a secret games school: they don't advertise much, and the students / faculty rarely shill for the program. (I'm an exception, I guess.)

I enjoyed my time here, but it's not for everyone. I find most prospective students are trying to decide between Parsons / NYU / USC or something, so this post is mostly tailored to them. (There's also a tl;dr at the bottom.)

Here are, what I think, the strengths of studying games at MFA Design and Technology at Parsons:
Now, as for the gaps in the program, I actually regard them as strengths, but I understand people see things differently -- so here are the "weaknesses"...
In her book, Rise of the Videogame Zinesters, Anna Anthropy takes a big ol' shit on trade schools like Guildhall and talks about how it nearly destroyed her, then she condemns the entire academic study of games -- I think she had poor luck with academia, and probably would've thrived at Parsons because it's essentially the anti-Guildhall here -- but I guess we'll never know.

If you're interested in attending Parsons for games, feel free to e-mail me or something, and I'll answer questions more candidly. Consider the culture at all the different major research universities that support games (namely Parsons, USC, UCLA, NYU, and MIT), shop around / visit, and decide what'll be the best fit for you. Or if you have a different goal, then go to a trade school like Digipen, Guildhall, or SCAD.

TL;DR
Parsons is about "games and _____"... if you want to fill in that blank, as other Parsons students have ("perception", "responsibility", "lying", "immigration", "dentistry", "music", "religion in Lebanon", "children", "architecture"), then you'll like it here. If you don't want to, or if you think the presence of that blank is gratuitous, then you might resent all the "distractions" that an art / design program with a social conscience seems to impose on you.
at 5:25 PM
Email ThisBlogThis!Share to TwitterShare to FacebookShare to Pinterest