On "Shelter" and the power of ambiguity. 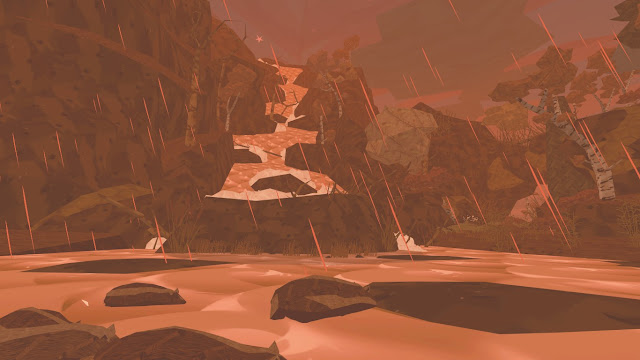 WARNING: This post spoils Shelter and Amnesia: The Dark Descent.

It makes sense that Thomas Grip likes Shelter -- functionally, Shelter is basically like Amnesia, except you're a badger mother in a colorfully illustrated forest instead of an amnesiac scientist in a haunted castle. Same thing.

In Shelter, there's a constant fear of starvation and eagles. The only thing you can do is keep going to forage and replenish your food. In Amnesia, you're told to keep moving and solving puzzles to replenish your sanity. So, both games rely on transforming the idea of "single player video game progression" into a symbolic struggle.

Shelter's starvation mechanic functions like Amnesia's sanity mechanic in that the threat of resource scarcity pushes you toward progress, even if the goal is totally abstract and unintuitive beyond "get to the next level." Amnesia's main trick, then, is that "sanity" decay isn't actually dangerous... and neither is Shelter's "hunger" decay -- they function more like ambiguous timers.

In Amnesia, you figure out your sanity level by staring at your UI, a morbid illustration of a brain, and guessing how decrepit / diseased the brain looks. In Shelter, you figure out your hunger level by deciphering how brown your cubs' fur coats are, and paler fur denotes a hungrier cub. You're never really sure how fast your sanity decays or how quickly your cubs grow hungry. You'll just check them sometimes, and occasionally start panicking about how purple your brain has become or how gray your favorite baby has become. (This is interesting: color signifies change, but not in discrete units. Trained artists may disagree.)

These devices function like timers, except with several differences from a timer:

The designer can't slow down or speed up or adjust a regular ol' timer because players understand units of time and will figure out what's going on, and any artificial manipulation would seem to violate the contract implied by a timer. Also, timers eventually run out, and something has to happen, probably a failure state, which breaks / releases the tension they try so hard to develop. But most importantly, timers give very little narrative context, while losing your sanity or watching your babies starve to death -- even if those don't end up being real threats in-game -- gives the player some strong roleplaying cues. 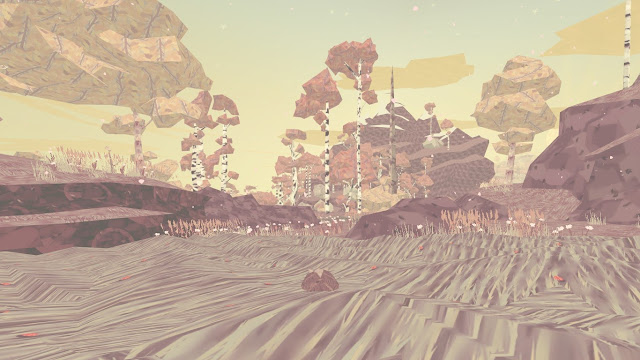 Like Amnesia, Shelter is most powerful and compelling when its rules are ambiguous and unmapped.

What happens when a baby starves? What happens if I run away really far from my babies? Are you actually hidden in the edge of the bushes? Being "good at this game" conveniently means remaining ignorant of the consequences, much like how Amnesia forces you to look away from its NPCs or else they'll notice you. Once you actually start measuring the distance at which babies get lost (if any?) you realize you can sprint through most of a level while occasionally stopping to forage, and the game is much less interesting for it.

If these games hinge on the threat of failure, then occasionally they have to follow-through on that threat while adjusting difficulty to ensure progression and not a failure-spiral. When dying in Amnesia, the dark lighting and convoluted floorplans ensure you probably won't notice monsters despawning at the end of their patrol path. But the first time you lose your badger baby to an eagle, and then watch the eagle's shadow disappear... or when you lose your baby to river rapids and watch that threat suddenly disappear... you realize the designers are throwing you a bone because you failed. Suddenly you map each hazard to a price, a value. Having trouble with the eagle? Well, you can always pay one baby to progress! (Shelter wants you to feel ashamed for thinking of your babies as game tokens.) And again, the game is made less compelling because you start seeing the structure and discrete units that it's made of.

Proceduralists are famously annoyed by games with these aesthetics: games that lie to you, games that can be "solved," games that can be spoiled, games that lose their effect as you play -- and if you're one of those people that thinks the geneology of video games consists solely of a long thick uninterrupted line of board game and sport, stretching back to ancient pharaohs playing Senet and ancient Chinese courtiers playing Go, timelessly and wordlessly forever, then okay. Then Shelter isn't for you.

Shelter easily could've been a non-linear procedurally-generated roguelikelike where you optimize your babies until they're even bigger than you -- and as you level-up your babies, you start slaughtering eagles with titanium paws and badger-piloted fightercraft. And then your babies have babies with other badgers and eventually your thousands of badgers dominate the entire forest.

Shelter's ending is clear on this: it could've been that, yes. But it isn't.

DISCLOSURE: I got a free copy of Shelter and did not pay for it.
at 12:59 PM
Email ThisBlogThis!Share to TwitterShare to FacebookShare to Pinterest