Here's how I generally, theoretically, approach lighting in my games and game worlds. Part 1 is about the general concept of lighting design.

Mood is the most important end result of your lighting. The "functional school" of game lighting, which maintains that lighting exists primarily to make a space readable so that the player can navigate it and shoot people -- can be useful in my eyes but only so far as that gameplay is tactical violence, and when that violence can support evoking a mood. The rest of the time, some designers often seem content to light their spaces like a furniture catalog, or even leave it as a total after-thought. Lights can do more than show-off your normal maps and show where to walk to trigger the next cutscene, okay?

So let's begin: lighting design is a discipline that has existed since the beginning of sunlight.

So are candles, torches, braziers, lanterns, stained glass windows, tree-shaded gardens, the first electric light, gas lights, welding torches, car headlights, televisions, LEDs... not only is this an old discipline, it is also a robust discipline. Technology cannot render any of these lighting tools completely obsolete the way tech has, for example, more or less erased the payphone or fax machine or beeper from society.

Instead, the light bulb just changed what we use candles for: instead of being your primary work light source as in Shakespeare's days, the loyal candle is now a romantic fixture that is pleasantly dim and pleasantly flickers. Plenty of people still make and buy and use candles, and now candles are mostly a luxury you give as a gift to that one aunt you don't know very well. Candles have not disappeared from the world, they just now signify something different in a modern context.

Meanwhile, a ceiling-mounted flickering fluorescent light strip is not romantic at all, it's more appropriate for a desolate strip mall or a horror movie hospital. This smokeless efficient bright fixture did not replace the candle, it simply created new functions and contexts for other fixtures.

So why is that hospital fluorescent flicker so different from the flicker of a candle?

It's in the light intensity, the light falloff, the color temperature, the sound it makes, the shape of the fixture, the cost, the cultural connotations, the implied maintenance program. Much like anything else in art, lights are more than just their visual properties, they also express values and politics.

In New York City at least, one main difference between a high-end cocktail bar, a warehouse dance party rave, a million dollar condo, and a dilapidated squat, is the lighting. A lot of torches would evoke... I don't know, an angry mob? A lot of bright electrical light will evoke a large institution. And these days, a lot of dim light sources with old Edison bulbs would imply expense from acquiring and maintaining all these antique fixtures. 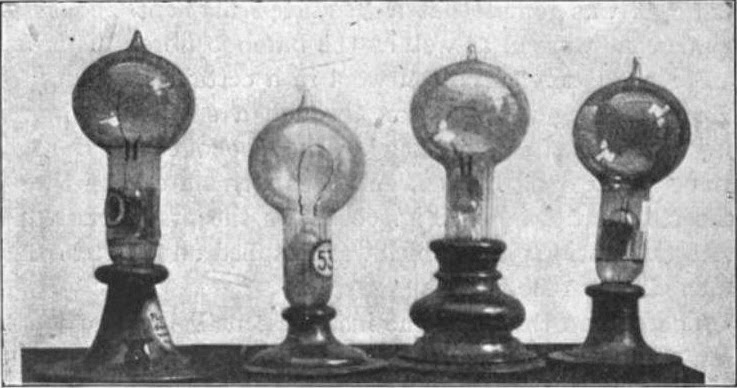 My lighting design teacher told us about the early history of electric light: the first domestic fixtures placed the light source on a table at the center of the room, because there was something so beautiful about this new type of glowing filament. (It was barely as bright as a few candles, by our standards, but by their standards it was absolutely fantastic.) Why would you want to hide this beautiful glowing orb with a lampshade, or why would you mount it out of sight on the wall or ceiling?

I often feel a similar way when learning a particular 3D framework or toolset for the first time: I place lights in all these positions and arrangements, flashing neon purple, because I'm just enjoying this sensation of looking at a light and getting a sense of how this engine simulates light. Some lighting designers might call this "glitter" -- glare is usually an unpleasant thing, but in this case, tea candles, holiday lights, and fireworks are forms of glare that are pleasing to look at.

These days, it's very fashionable to mask the light source. Even though I think he's super overrated, part of the basic wonder of James Turrell's light installations is that you're not really sure where the light sources are, which totally distorts your perception of the space. This type of subtle design reads as futuristic, bold, sophisticated. Too much light, or too obvious of a light source, now feels cheap or industrial in a way that early viewers of artificial lighting could hardly imagine. ("What's the point if you can't see the bulb?") 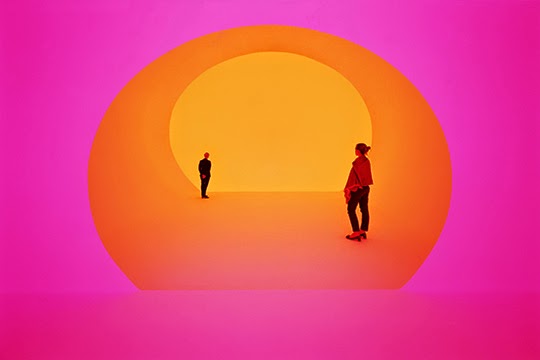 My teacher's point was that, as designers, you have to think beyond the science of light. All those sensory phenomena ultimately get framed by our cultural ideas about light and what light means, and these ideas have changed over time.

Part of unpacking all this meaning in lighting involves expanding your definition of a "lighting fixture" -- a streetlamp outside your window, a mirror reflecting it onto the ceiling, where it splashes onto a spinning disco ball -- and the illuminated red exit sign, reflected by a puddle, by the glow of cigarettes in an alley -- these all belong to one unified system called light, and these all become light fixtures given the right circumstances.

And there's just something about sunlight or moonlight, you know?

NEXT TIME: part 2, a formal approach to lighting, and light as depth.
at 11:00 AM
Email ThisBlogThis!Share to TwitterShare to FacebookShare to Pinterest