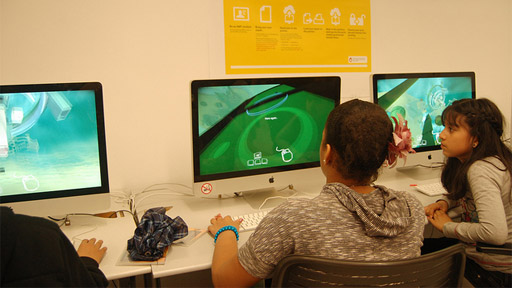 We had a public playtest of me and my teammates' VVVVVV-FPS thesis project, "Souvenir," with a bunch of New York City junior high / high school students -- and I don't know if you've ever been to a New York City public school, but these kids generally speak their mind (to put it mildly) and they're ideal playtesters. I also had a few interesting conversations with them. One of them asked what the goal of the game was, so I started trolling / engaging them:

Well, when you go out for a walk, do you have a goal? No, you just walk because you like walking.

"Yeah," she said, "but if all you do is walk around, it gets boring after a while. I'll stop playing." Well, that's fine, then stop playing.

"Plus," her friend says, "I'd just play it once. And then it would gather dust on my hard drive." That's fine. Play it once and delete the game then.

"But like, if I wanted to walk around, I'd just go outside." That's fine. Then go outside!

They're so young, and already they're perpetuating the same messaging from massive industry interests: that the "realism of games" competes with the realism of reality, addictive games are better games, clear goal structures are best -- and retention, retention, retention. That's just one way of thinking about games, and they've already locked themselves in that mindset. They've been indoctrinated. 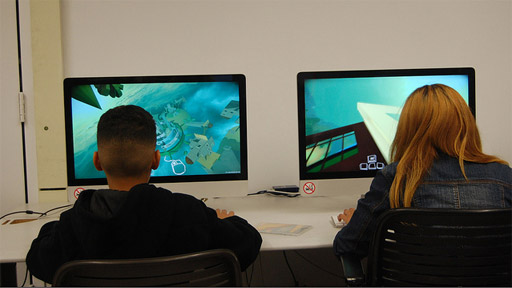 That said, we are / we have been planning to add goals to Souvenir for a while: we call them souvenirs, though they essentially function like trinkets from VVVVVV -- except they double as these narrative elements that tell the story of your character. More on that later.

Our current design calls for a trinket limit, and when that trinket limit gets tripped then the game is over. My hope is to mimic a moment in VVVVVV when you purposely avoid touching a checkpoint; I want players to purposely avoid some trinkets that they come to understand through interaction as "low value" even though the game rules never impose that value system on players.

But what kind of player would do that? We're still not sure which player types to support, or perhaps I'm projecting onto my teammates... I, personally, believe that skill-based difficulty that focuses on execution is more often an artificial barrier to gate content. "Puzzles" should not be trivial, but neither should they focus on finely-tuned motor skills that would shut out many of the parents I met at the playtest session.

It takes time to play through difficulty-of-execution games, to develop the muscle memory and feel for timing. Many people don't have that time.

To me, it's clear that a harder game will shut out worse players, but an easier game accepts all players as long as we keep the better players occupied. (I think this is what Mass Effect 3 has gotten really right about combat: if you optimize at all, like a nice regular hardcore gamer, "normal" difficulty is straightforward.) 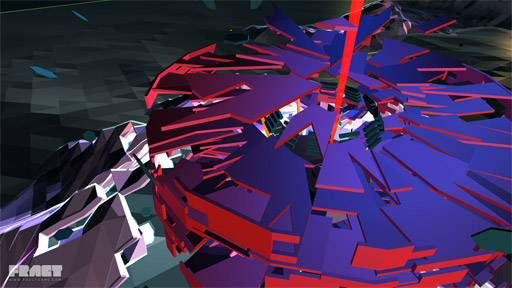 At GDC, I got the opportunity to try the amazing FRACT OSC, a first person game about making music. Puzzles revolved around either spatial-exploration puzzles or sequencing notes on a panel. At one particular puzzle, I composed a sequence of notes that I liked -- but it didn't matter, it wasn't the right sequence of notes, and the game was telling me I was a shitty musician, which may certainly be true. But if the game didn't tell me I was wrong, I would think that it was ignoring my input and only cared about button-mashing, and then the system doesn't have any complexity to be interesting. Is there a midpoint, a construct that pats me on the head anyway but also responds uniquely to what I did?

I've written at length about the immersive sim, this holy grail of game design that promises a wide variety of specific responses to specific player choices through systemic design. However, for Souvenir, we've gone to great lengths to just keep it about walking and jumping -- it's too late for us to dive into systems engineering, and it would've taken a long time to prototype and iterate that anyway.

Confer Jamie Griesemer's notorious GDC 2010 "Design in Detail" presentation, where he spends 200 slides talking about changing the Halo 3 sniper rifle delay from 0.5 seconds to 0.7 seconds. To me, that's like tuning a Thief NPC's 7 different vision cones: so important, yet so excruciating to tweak and test. A game about mastering feel takes a long time to make, to get all those variables and physics right. (Pippin Barr's excellent "You Say Jump I Say How High" makes a puzzle out of designing feel.) 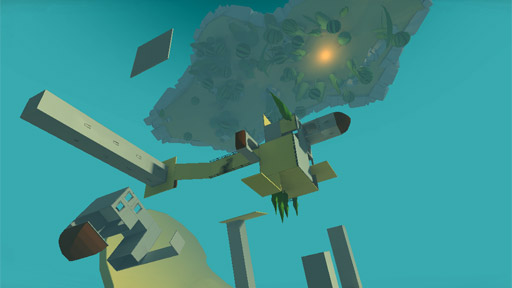 In building the section of the Souvenir world that I own, the forest, I'm trying really hard to resist the temptation to gate off certain parts. The "player path" doesn't concern me so much as which buildings are in shadow and what shapes block sightlines to other shapes. I think the shift in design philosophy is kind of subtle, and maybe it's so subtle it doesn't even matter.

At any part of the world, they can decide they want to go to another part of the world. The act of traversal and wayfinding between those two arbitrary points will be a unique journey / arrangement of elements along the way. If the player can synthesize the narrative in their own head, why can't they imagine the puzzles too?

I think a lot of open world games don't trust players on this. They gate content with canyons, rivers, walls -- or maybe with terrorism alerts, radiation, high-level enemies, item requirements, paying for keys... That works for their games, I guess, but let's see if a lack of gates can work -- if freedom works as a design doctrine.
at 2:14 PM
Email ThisBlogThis!Share to TwitterShare to FacebookShare to Pinterest