How the worst part of the game industry uses PAX East to teabag your entire face with its cancerous scrotum. 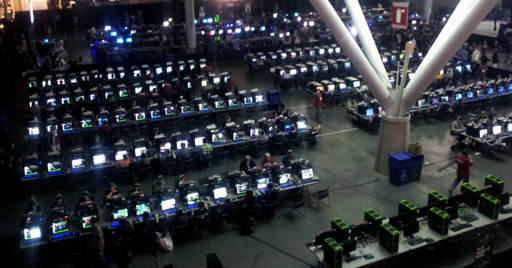 (I attended PAX East on a scholarship from the IGDA, for which I'm grateful. They also facilitated a lovely lunch with Tom Lin of Demiurge Studios, some neat studio visits, and other things. Thank you IGDA.)

(Also, a warning: this gets pretty dramatic, but I hope it comes off as honest.)

First, understand that PAX East is actually made of two conventions. Literally, a gigantic wall divides the analog (card and board games) from digital (the video game industry).

In game design, it's popular to say that analog and digital games are the same at their cores, because they both depict systems -- and PAX East is the place where all that rhetoric utterly falls apart. One side of the convention floor is a quiet and personal pastime, the other is a deafening business. If you're a games academic or optimistic indie, this dissonance will test your faith, because here the game industry teabags your entire face with its cancerous scrotum.

For sure, there are good parts of the game industry. But here, it is clear that the bad parts still completely control the entire body, erecting giant temples to its glory. Me and many indies felt alienated, and relatively alone in our alienation. This is the weekend when you're painfully reminded that Anna Anthropy's idealism remains mostly just idealism. (... for now.) 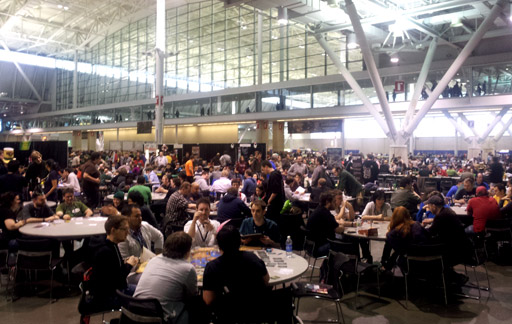 Every minute spent waiting in a two hour line to play 5 minutes of Desaturated Manshooter of Ghost Honor 4 is a minute not spent playing a game that teaches you how to spatialize the fourth dimension. I mean, yes, a lot of people visited the indie booths at PAX, and you can thank the manshooter spectacle for luring people to the convention floor in the first place -- but comparatively, the attention the indies get is a mere trickle, a leaking faucet. 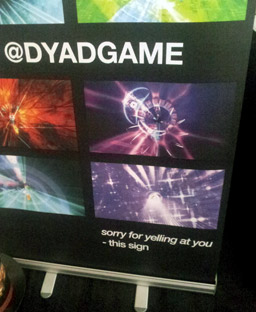 The indies call to players in their own voices, not with a weapons-grade megaphone, because indies do not speak with the sound of money. Only indie game ads apologize.

Coincidentally, very few developers speak with the sound of money. Other than the household names paraded at panels and talks, there are relatively few industry devs here because only the PR handlers and promoters know how to "stay on-message" and generate spectacle. The secret is that regular industry devs are much like indies in that they're totally incapable of pretending their craft is magic -- it's not magic. Given the opportunity to talk, any of them will gladly demystify it for you: to make games, just make games.

Fans don't want to hear that. Some of them even read it as unspeakable arrogance. (overheard: "Ken Levine is exactly how I thought he'd be! *scoffs*")

In this way, game developers aren't actually part of the industry. The industry uses its PR machine to perpetuate a myth to its fans and workers alike -- that you are lucky to "break in", and if you aren't willing to be a slave then a fresh graduate from Guildhall will take your place. Employees are resources to be optimized.

I speak of the "game industry" in its most abstract, conceptual sense, because that's the only way to grasp the entire apparatus at work. EA is Machiavellian because that's what big corporations with many shareholders must be. That's the nature of it. I wouldn't say any of it is necessarily evil, and many developers / publishers operate more ethically. So it goes. 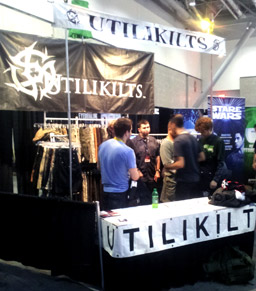 Instead, I'd just say it's more often disgusting.

But, it is disgusting in ways that are hardly unique to the worst excesses of gamer culture -- the way straight men talk about women when women are within sight but out of earshot; the fact that people willingly become walking advertisements because someone told them it was "swag"; the complete and utter co-opting of a mode of expression by faceless but unimaginably powerful commercial interests. It happens all the time.

Games are, after all, the products of societies. You can apply this general critique to pop music, mass market paperbacks, Hollywood, the educational testing industry, whatever -- which doesn't make it any better, but it definitely makes it less remarkable.

And I think that's why the legions of video game industry fans don't care about being reflective or critical. It's not remarkable, new, or exciting to tell them that they are being sheep. 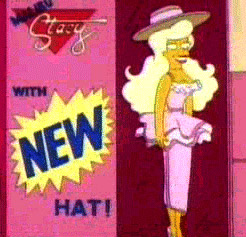 But do you know what IS exciting and new? Alternate character costume DLC! Look, an exclusive set of pre-order armor for Shepard to wear! Let's get angry or pleased about it, and make a huge fuss about hats! (Why does no one emulate Team Fortress 2's self-awareness and profit sharing?)

So what should we take away from this? What lesson can be learned? What's the point of railing against a massive institution that has brainwashed its power base so completely into bringing their families, to indoctrinate their children into the cult of the industry?

In the end, I learned that there is only one way to get the game industry to stop teabagging its employees, its customers, the scholars who study it, and the artists who try to innovate outside of it --

-- I learned that the only way to keep a scrotum off your face is with a knife.

KNIFE-FIGHT STRATEGY: We need a room of our own.
1) Continue expanding the indie super-booth. Take over the show floor. Become a leviathan of humanity.
2) Continue developing the indie infrastructure needed (Humble Store, bundles, Kickstarter, etc.) to exist independently of the game industry.
3) Be people; and as the SF hacker-space Noisebridge commands, we must be excellent to each other.
at 9:00 AM
Email ThisBlogThis!Share to TwitterShare to FacebookShare to Pinterest