Here are some books I've been reading, most of them about halfway through. I haven't bought any of these; they're all from my university library. (Pro-Tip: If you're a student, take full advantage of your library.) I'll probably give them more detailed write-ups later...

Myst and Riven, by Mark J. Wolf. (2011). I only picked this up because I saw it on the shelf next to Ian Bogost's "How To Do Things With Videogames." I'm not going to say it's bad -- if you've never played Myst or Riven, this'll give you a decent idea of what that's like, and the various idiosyncrasies involved -- but from my perspective, Wolf seems like a huge fanboy who overestimates the series' significance and place in history. I argue against his account in an upcoming feature on FPS games in May's PC Gamer UK; Myst sold a lot and seemed poised to start a revolution, then it didn't. Instead, Myst (along with Second Life) is "significant" more in the minds of humanities professors. Where are the scholarly monographs on Doom and Quake? (Actually, I think Dan Pinchbeck's in the middle of writing it?)

The Ambiguity of Play, by Brian Sutton-Smith. (2001). Sutton-Smith usually gets name-checked more in educational philosophy / theory, but increasingly he's getting more attention among game studies circles. I picked this up because maker-of-J.S.Joust, Doug Wilson PhD., kept raving on Twitter about how every chapter kept making his research seem redundant. My reaction? Embarrassingly impatient; I've fallen asleep every time I sit down with this somewhat dense monograph. (Well, dense by normal people standards. I think academics will find it pretty straightforward.) I've re-read and re-forgotten the first chapter several times, but I recall reading a random middle chapter and thinking it was brilliant -- then, unfortunately, I forgot to mark the chapter and fell asleep. Maybe tomorrow... 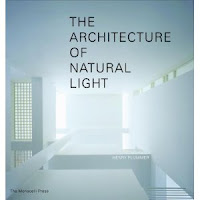 The Architecture of Natural Light, by Henry Plummer. (2009). My lighting design teacher showed this to us. Compared to the state of video game lighting design, these real world results are sort of mixed: sometimes it's incredibly subtle (e.g. a specific angle of sunlight hitting a slope to create a design) and sometimes it's just way too strong (using "lines" of sunlight to "direct" people) and suffers from the same problems as conventional lighting design in games. However, the real star here is the photography -- you're going to see some things that real-time game engines (or even our very best offline lightmap bakes) can't even begin to approach -- or can they? I wonder whether these environments would be as compelling if in a game: I argue no, because the appeal is in how unreal these structures are, and yet they exist. Meanwhile, in a virtual space, almost anything is possible: barely textured blocky rooms with 1 directional light and heavy bloom? Yeah, video games do that pretty well!
at 8:00 AM
Email ThisBlogThis!Share to TwitterShare to FacebookShare to Pinterest