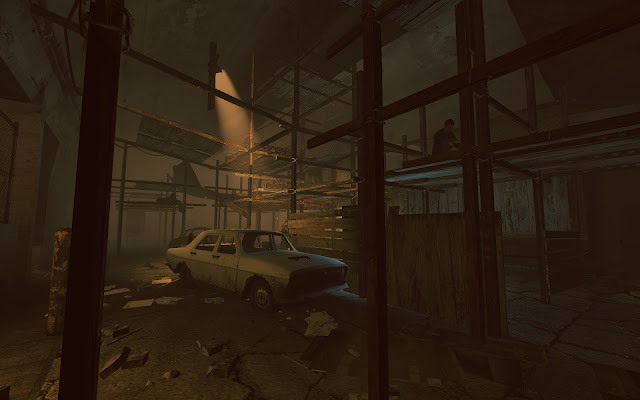 It's fascinating how two of the most polished Half-Life 2 single player campaigns (Magnar and Rick's newly released Mission Improbable and Adam Foster's MINERVA: Metastasis) totally ignore the gravity gun and dispense with the most iconic piece of the original game.

The implied argument, then, is that the gravity gun can't replace the sheer killing power of the AR2. The gravity gun is a gimmick, it only gets used as a last resort -- after hordes of zombies in Ravenholm eat up all your ammo.

Some last remarks: the brushwork and custom assets in Mission Improbable are meticulous. The setpieces are large and involving. There's some strong Robert Briscoe influence in the pair's interpretation of Combine architecture. Good variation of encounters and effective use of manhacks. The car still feels like an afterthought, but there wasn't much room to expand the car portion anyway, I suppose.

Anyway. It's very pretty and very playable, so give it a go.

(DISCLOSURE: I beta-tested this mod.)
at 9:00 AM
Email ThisBlogThis!Share to TwitterShare to FacebookShare to Pinterest