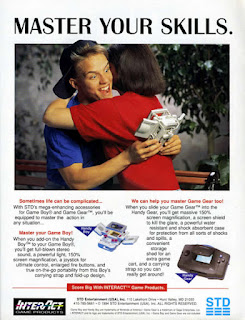 The main perpetrators behind pushing "video game players as a political identity," or the existence of "gamers," are the industries and companies who seek to profit from it. I have no objection to corporations interacting with politics as long as those interactions are visible and transparent -- but the "gamer" was invented, and is still largely owned, as a marketing ploy ("Buying Call of Duty is a form of personal expression!") and if you believe otherwise then you're fooling yourself at the behest of whoever makes these incredibly patronizing ads.

However, I'm content to let that discourse exist, far from the indie / academic / game design scenes where I frequent, where no one uses the word "gamer" unironically and if you do then it marks you as an outsider and you feel awkward as the room visibly chills around you and you resolve to never use the word again. (Okay some academics like the word and use it for explanatory power, my bad, I guess it's just personal revulsion on my part, then.) People who readily identify as "gamers" don't directly hurt others, so I don't really care, so do and believe what you want.

But when that word poisons something that I actually value, like a conversation about being non-straight in society -- that's when I'm not so sure about this.

So here's the branding dilemma: do you exclude huge swaths of a community so you can make a really facile pun on a quaint / irrelevant marketing gimmick that has no currency along the frontiers of game design... or do you name your game convention something else?

Wait, I lied. It's not really a dilemma.

I'm not saying to name it "Queercon" or "LGBTQcon" because those names are clearly awful. I'm saying to name it something else. Be creative. There are these things called allusions and metaphors which writers (and marketers) have been known to employ sometimes. Maybe this is one of those times. I'm told unicorns are quite popular.

Anyway, good luck, Gaymercon. I know a lot of people who won't be attending you or speaking at you because of your name, which is really unfortunate. Some of them are quite famous and live, like 20 minutes away.

(And if someone asks why there's no "Straightcon" then tell them there actually is. It's called PAX, PAX East, GDC, E3, TGS, Gamescom, Eurogamer Expo, Comicon, Blizzcon...)
at 6:27 PM
Email ThisBlogThis!Share to TwitterShare to FacebookShare to Pinterest