The shadow of the white cloud: architecture criticism at the 1893 World’s Fair and BioShock Infinite. 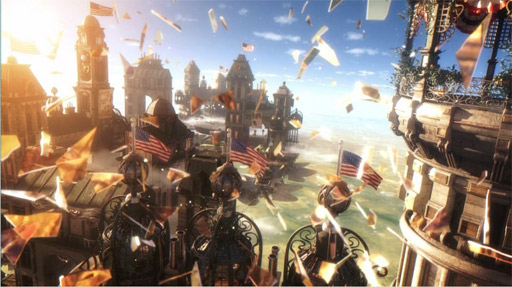 While the original BioShock’s diegesis focused on objectivism and the dangers of uncontrolled capitalism, Infinite’s level architecture is more about the dangers of American exceptionalism as exemplified by the 1893 World's Fair.

In my architecture seminar, the story of the World's Fair was a bit more nuanced than that, and it goes something like this:

Burnham and Root was one of the leading architecture firms in Chicago, in charge of coordinating the dream team of American architects assembled to build the fairgrounds. But when John Root suddenly died, the proto-modernist bent of the fair died with him — Daniel Burnham quickly took control, imposing a neoclassical Beaux-Arts style on everyone involved. The result was a “White City” of Greco-Roman columns, the first tangible vision of City Beautiful to serve the cause of American exceptionalism and celebrate the 4th anniversary of Columbus’ 1492 voyage. (Well, they were off by a year, so what.) 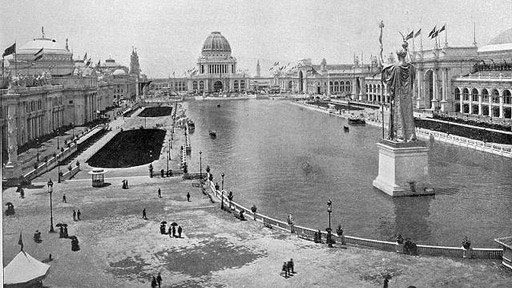 The photo is black and white, but presumably we’re not really missing much. Everything was white. Tesla beat Edison in winning the contract to light the exhibition; imagine you had one of those 5 W light bulbs lighting your house, with the approximate output of a birthday candle, and now imagine you’re standing there at the water along those gleaming orbs and pristine white buildings. You probably would’ve been impressed.

It was, and still is, a deeply influential current in America today. If you see a civic plaza with white columns, it’s probably there because of this expo. Grand Central station, San Francisco’s Civic Plaza, Doe Library / Wheeler Hall at UC Berkeley, etc. the list is quite long. New urbanism inherited many of its ideas too, such as the walkable city and focus on parks. Again — it was influential.

At the time, Gothic Revival was all the rage in Europe, so Burnham thought he was being incredibly daring and American in pushing neoclassicism as the American architecture. But Louis Sullivan, one of the founding fathers of modernism and a prominent member of the 1893 dream team, was pretty pissed off about it and refused to put white columns everywhere. Here’s what his building at the fair, the Transportation Building, looked like: 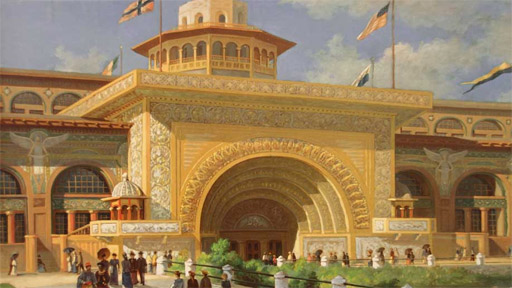 It had color! Wow!

Sullivan argued that the new American architecture shouldn’t look to the past or to Europe, and in his autobiography he howled that the White City was in fact a “white cloud” that cast a shadow upon the nation, that “the damage wrought by the World’s Fair, will last for half a century from it’s date, if not longer. It has penetrated deep into the constitution of American mind, effecting their lesions, significant of dementia.” (he was kind of melodramatic about it, but he was basically right)

Some sympathized with Sullivan; Burnham offered a scholarship to a young prodigy named Frank Lloyd Wright to study at the Ecole de Beaux-Arts in Paris — which Wright promptly declined, presumably because he more or less agreed with Sullivan that the Beaux Arts style wasn’t bold and dynamic enough.

It’s important to note that history tends to associate modernist architecture with leftist ideals / internationalism, but these early American modernists didn’t see themselves like that: they were arguing for American exceptionalism too, just a different kind. Frank Lloyd Wright famously called Mies Van Der Rohe’s Farnsworth House “totalitarian” and “unamerican,” though today, the average person might be hard-pressed to see the difference between blocky modernist house A and blocky modernist house B. 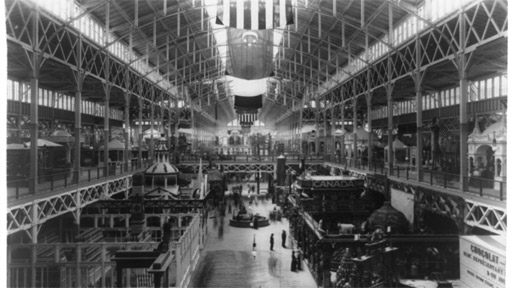 Other critics were more mixed about the architecture at the World’s Fair.

Montgomery Schuyler said it was good — just as long as we didn’t see it as “real” architecture, much as how we don’t treat Disneyland like a real place but still enjoy pretending it’s made of magic.

Another critic, Paul Bourget, agreed with American modernists that it was imitation of a previous age’s architecture. But in this case, imitation was acceptable. What mattered more was simply that American architects came together to build a neoclassical Disneyland in the middle of Chicago within a few years, and got it done: that the work and sweat of the whole enterprise demonstrated the vibrancy of American democracy.

Henry Adams found it a bit troubling, the idea that American wealth could just buy and build an architectural style from somewhere else. It was a hollow architecture — in their style, and also in their design, as the World Fair buildings were designed to be temporary. These days, though, I’d argue that America has more or less stolen neoclassical away from it’s origins. 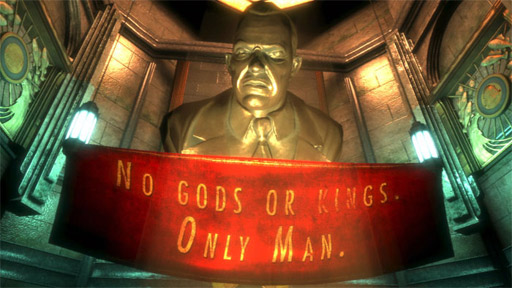 No matter who you agree with, there are 2 things to take away from this:

a) contemporary American intellectuals didn’t really buy into Daniel Burnham’s brand of American exceptionalism, were deeply suspicious of its consequences, and thought Burnham was being kind of silly — of course, the masses of America loved it…

b) this was maybe the first time that everyone, even ordinary people who normally wouldn’t care, started asking how America projects its power through its buildings — and my professor argued that the second national dialogue wasn’t until 9/11, so this moment is pretty important. Consider the fact that the American embassy in London will have a moat built around it; that’s the influence of 9/11.

As for how these ideas could appear in BioShock: Infinite? 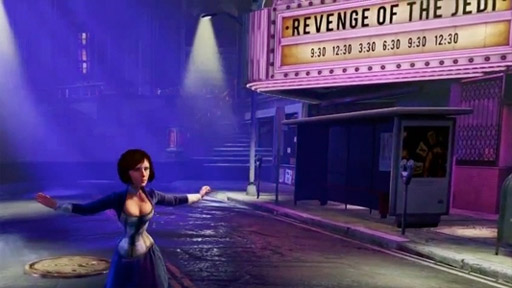 The original BioShock featured on a monolithic art deco style that dominated the entire city, and they didn’t really do much with that, other than the stunning intro sequence. For Infinite, here are two three ways they could spin this, if the goal is to get us to think about architectural legacies and question the values we associate with neoclassical civic architecture:

1) with their use of those scripted dimensional space-time teleportation sequences, feature present day buildings that strongly resemble Columbia’s more neoclassical buildings. Real world recognizable buildings. At first you might think you're on a fictional floating city, but surprise, the boss fight is actually in front of the New York Public Library!

2) pose the neoclassical architecture in conflict with more modernist architecture / proto-art-deco, though as I’ve explained, that’ll be a bit disingenuous in casting American modernists as left-wing internationalists when that wasn’t necessarily the case.

3) or maybe they’ll do nothing with it, as it doesn’t really fit neatly into the Occupy-inspired narrative they’re doing, and the movement’s improvised camps and architectures. Three factions would be cool (Columbians vs. Occupiers vs. Modernists) but probably a bit too much to juggle for gameplay / narrative reasons, as three faction fights in Halo would almost always boil down to two within a few moments.
at 9:00 AM
Email ThisBlogThis!Share to TwitterShare to FacebookShare to Pinterest